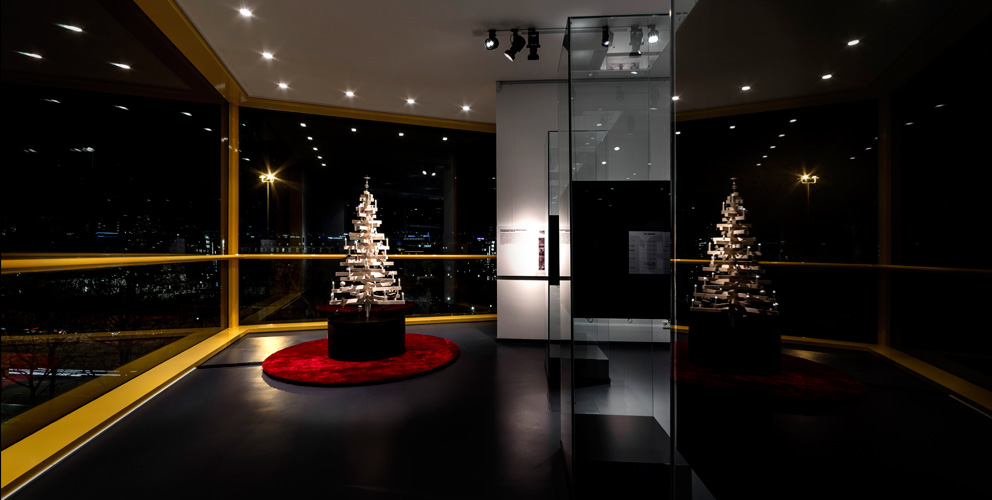 Christmas in Times of War

How did people in the years between 1914 and 1918 experience the discrepancy between the message of peace during Christmas time and the millionfold dying? In what manner did media and propaganda handle the subject of Christmas in times of war? A temporary exhibition at the Haus der Geschichte Baden-Württemberg offers answers to these questions and shows how Christmas was celebrated at the frontline and the home front during the First World War.

A field of 24 glazed showcases, each with an integrated black cube at eye level, characterizes the narrative space. Comparable to a large Advent calendar the doors of the numbered cubes can be opened, offering an unimpeded view of the previously hidden exhibits. A timeline and a newspaper band frame the long sides of the field. The Christmas chronology describes the most important incidents during the four December months between 1914 and 1917, refers to the exhibits and puts them in the context of the war. How the national and international press handled the subject of wartime Christmas is documented in the newspaper band with covers of various magazines. A wooden Christmas tree decorated with patriotic Christmas ornaments impressively demonstrates how propaganda made use of Christmas traditions.

The Christmas exhibition is an extension of the exhibition “Carnival of Hell – The First World War and the Senses”, which was also designed and implemented by jangled nerves. 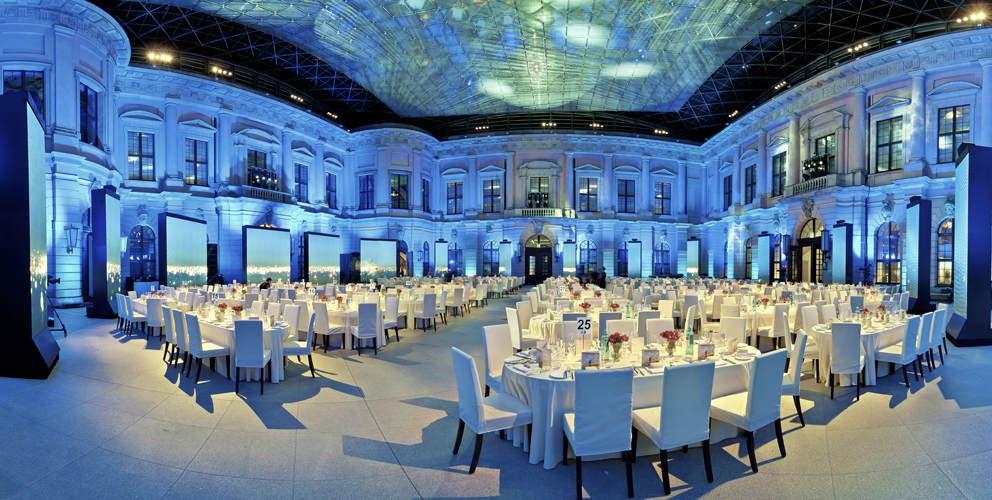 Entrepreneur of the Year 2014

A gala at the Schlüterhof courtyard of the „Deutsches Historisches Museum“ (German historical museum) in Berlin saw the accolade ceremony for the finalists and the awards show honouring the winners of the “Entrepreneur of the Year 2014” award. This competition organised by Ernst & Young rewards top entrepreneurial achievements.

jangled nerves created the staging and dramaturgical concept of this event, supervised media and technology planning and produced the media content presented during the event. The particular conceptual challenge was how to create a coherent connection of baroque context and state-of-the-art media technology while formally accommodating the trophy design. Thanks to the interplay of animation design, lighting and sound, the entire space underwent impressive transformations, depending on the respective programme item.

In front of the baroque façade of the square atrium, specially made 12-foot-high LED stelae were placed in a circle, delineating a new, virtual frame for the event and its presentation, making a 360° area of action possible. Among others, thus was formed the “Winner Circle”, endowing the finalists in each respective category with a virtual presence.

Thanks to television journalist Judith Rakers as presenter and director Rolf Maier, all 600 invited guests experienced an impressive and memorable show that will have a lasting effect far beyond the ceremony itself.